How Long is a 1000 word Essay Double Spaced?

Usually, most schools give their students a variety of topics to choose from. On the other hand, some schools allow you to choose your own topic. Either way, it is advisable that you pick a topic that you understand over one that seems strange to you. One way you can understand a topic is by going online to read about it. If you find it interesting, then you should pick that topic. Also, make sure you understand the rules guiding the topic. One reason most students fail is that they do not follow the instructions. Make sure you read the instructions at least twice before you begin your assignment. If there is anything you do not understand, make sure to ask your teacher to help you clarify.

One way to get inspiration and information for your essay is by checking online. The internet gives you a vast option of many different sources for your essay. However, if you are writing for academics, it is necessary you use academic or authoritative sources. Do not use information from random blogs or websites. Make sure that wherever you get your source from is one that is recognized in the world of academia. A great way to do this is by using Google Scholar.

Now, you must remember that a 1000-word essay is not a lot of words. So, you must be careful not to pick too many sources lest your work resembles a collection of other people’s works. Usually, some schools give their students the exact number of sources they need to reference. However, if you do not have that, you can select between five to seven sources for your essay.

One mistake students usually make is that they think their essays have to be perfect the first time they write. Thankfully, that is not true. As a matter of fact, you do not even have to try and get perfect sentences on the first try. What you should do is write out your thoughts as they come on a piece of paper.

After drafting your ideas on a paper, the next thing to do is edit to make them organized and have a structure. Usually, the basic structure of an essay is introduced, body paragraphs, and conclusion. Now, remember, a 1000-word essay is limiting. So, to make sure you fit all your thoughts well into the essay, you have to divide the word count accordingly. For example, you can make your introduction 100 words, body paragraphs 800 words, and 100 words for the conclusion. When you do this, it becomes easier for you to write according to your word count. Also, make sure you cite the sources you use in your essays. After the conclusion, make sure to include a bibliography. It is important to mention that the referencing style you use depends on the one that your school gives you.

After writing, the next thing to do is proofread for errors or grammatical mistakes. You can use an automated spellchecker to help you do this quickly. However, despite using this, you still have to read again with your eyes.

Lastly, before turning in your essay, check for plagiarism. In the academic world, if you copy someone else’s work, you can get punished. Lecturers often use a plagiarism checker to check the originality of their work first before assessment. So, it is better you beat them to it first by checking and rewriting plagiarized parts.

The line between real news and propaganda is often difficult to discern, particularly in hyperpartisan environments where each side accuses the other of distorting facts. Partisanship is arguably at an all-time high in many Western countries. There are many reasons for this. One is the nationalistic fervour that has gripped many countries, which is the result both of terror attacks and of the acute difficulty in accommodating the millions of refugees that are being created by wars and terrorism (and will soon be created by climate change).

Propaganda can take many forms. Some of these are subtler than others. This wide range is well-illustrated in certain works of fiction. Harper Lee’s classic To Kill a Mockingbird shows how propaganda and simply discrimination can intertwine with each other. “Learning” from one’s parents, for example, that members of a certain minority group are inferior is itself a form of propaganda. Indeed, it is something necessary for racism to thrive. As the popular saying goes, no one is born a racist. In Lee’s book, those with power ensure that the wrong man, who happens to be black, is convicted (and unfortunately dies trying to escape) for a crime that someone else committed. A slightly more straightforward example of propaganda is to be found in George Orwell’s Animal Farm. Here again, the line between propaganda and the sort of simple brainwashing that leads some children to lead racist lives is blurred. However, the theme is much more prominent in Orwell’s book than in Lee’s. Orwell’s character of Napoleon lies to others and uses their fears and hopes effectively to enslave them.

There seems little doubt that hyper-partisanship makes it more difficult to sort out actual news from propaganda. This is perhaps seen most clearly today in the United States, where the current Presidential administration has declared war on respected traditional media outlets such as The New York Times. Also relevant is the same administration’s obsession with what it calls “fake news”. These factors, together with the hyper-partisanship that infects the United States’ government in general, in one sense make it quite difficult to distinguish real news from propaganda. This is so with many online media outlets, including social media, as well as openly discriminatory more traditional outlets such as Fox News. However, it is an illusion that traditional media outlets such as The New York Times can no longer be trusted to the extent that they once were. The standards have not changed.

Social media, on the other hand, together with other aspects of the Internet have indeed undermined the extent to which what one reads online can be trusted to be real news rather than propaganda. It is well-known that Russia has attempted to disrupt many American elections, and many believe they are doing the same thing in Europe and Great Britain. It is relatively easy to create fake Internet websites that purport to produce actual news. It is also easy to buy influence on social media like Facebook and Twitter by contracting the services of so-called “bots”. Of course, only wealthy elites can typically afford to do these things, which gives them even more power than they already had. This is a very good reason not to rely for one’s news on social media. However, this reason is not enough for millions of people.

Thus far the “yes” portion of the thesis of the paper has been argued. It is now time for the “no” part. It is an illusion to think that propaganda requires social media, Russian interference, open censorship, or hyper-partisanship. As Edward Herman and Noam Chomsky show in their classic book Manufacturing Consent, traditional Western media outlets (the authors focus on the United States, but many of the points made are relevant for other parts of the world) automatically produce a considerable level of propaganda. This is so because news must pass through several “filters” before it is consumed by the public; and the filters are anything but neutral on social, political, and economic issues. Examples of the filters are the fact that most large traditional print media are owned by extremely wealthy individuals or corporations. Such owners have a definite stake in certain stories being run rather than others, and in those stories permitted to run being told in a certain manner. Another filter is advertising. If those who pay to advertise in a newspaper do not like the stories being run in the newspaper they may withdraw their funding. A third and final example is the fact that so much news consists of press releases and official governmental “briefings”. It is not to be hoped that this sort of news can remain independent of the social, economic, or political views of those making the releases, or holding the briefings. All of these are examples of how powerful elites control the narrative in many countries, including even those that have been celebrated for their respect for freedom of the media and free speech.

In summary, it seems certain that hyper-partisanship blurs the already blurry lines between actual news and propaganda. Media freedom and free speech, which are still lacking in many parts of the world, are a necessary condition for the production of actual news rather than propaganda. However, as Herman and Chomsky show, it is not a sufficient condition. Unfortunately, the amount of propaganda that is spread, much of it in the guise of actual news, is unlikely to decrease anytime soon.

How long is a 1000 word essay? A 1000-word essay can look long to you at first. However, when you follow the guidelines in this article, you will be done with your article in no time. 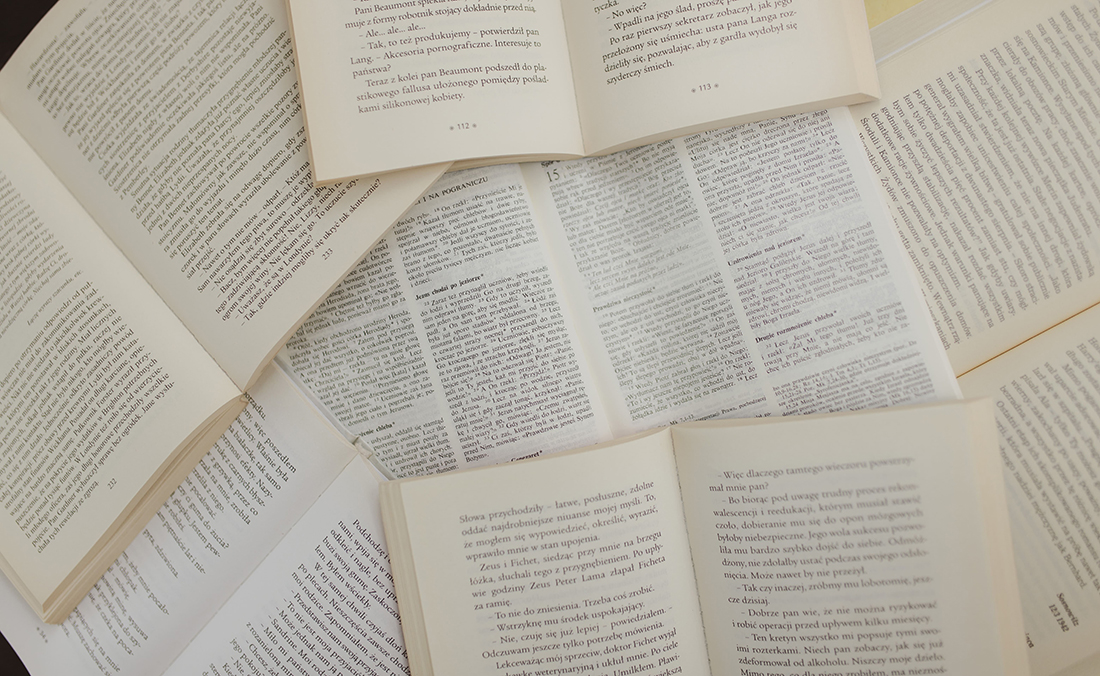